The Break Your Neck Extended Festival takes place on the 18th of April, 2019
With:

Metal Up Your Life 7

The end of a journey…

With Zwischenwelt we closed a very important chapter, wich began over 10 years ago. The least of you should know that nearly the whole stuff on Zwischenwelt is stuff from our beginning. The two exceptions are Nekropolis and Rise Of The Outer Gods. We wrote those two especially for Zwischenwelt.

With Stare Into Darkness one can find the first Pentarium song ever written on this album.

Due to the age of the songs and the musical bandwidth, we knew that Zwischenwelt would not be an easy album.

But wich metal band is afraid of critics and mass opinion?

All your replies from all over the world, the responses during and after our concerts and the fact that our albums even find buyers at the other end of the world show us how well the disc appeals to you all.

THANK YOU VERY VERY MUCH FOR THAT!!!!

Are you still wondering why we wrote this text or do you already suspect something?

Despite Zwischenwelt and all the shows we did we have not been lazy. We are already working on new stuff. As the headline and the introduction suggest, the new disc will turn out different from what you already know from us.

So keep your eyes and ears open, we’ll get back to you with new information soon. 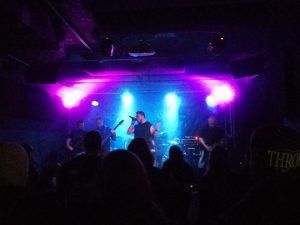 Yesterday was absolutely insane at the Elfer in Frankfurt. We were allowed to play with our friends of All Will Know, the Ballerband and Sublevel and shook the whole venue.
The atmosphere was awesome and the sound was great too.Everybody had a great evening and we had so much fun.

We are looking forward to the next gig

As of Saturday we have a record label for our upcoming Album “Zwischenwelt”.
We decided to sign with our friends of Boersma Records again and are looking forward to yet another great collaboration!

The Raging Storm Festival 2018 in Friedberg (Hessen) is over and we are exhausted – but very happy.
Everybody rocked this place. We are very glad to have played with Ysgramor, The Watcher, Drop Of Rage, Spreading Miasma and Corbian.
Our bus special was a great success and we had a lot of fun.
We hope to see a few of you at one of our next concerts. 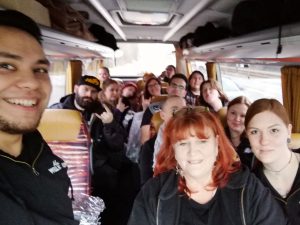 We think it’s better late than never:
Pentarium wishes all of you A HAPPY NEW YEAR and an awesome start to 2018.
The coming year will be full of action and we already have a lot of things planned.
To give you guys a sneak peek: we have finished the artwork and the track list for our upcoming album “Zwischenwelt”. 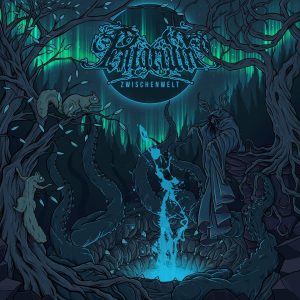 It was an absolutely awesome experience to play a concert in one of the most popular metal music clubs in Germany.

Thanks to BULLETRAIL and MOURNFUL WINTER and the whole Rockfabrik team as well as DJ Darkstorm, the initiator.

We’d be really proud to visit you again!

Melodic death metal goes acoustic. The result could be seen at METAL UP YOUR LIFE IV

Your reactions out there were amazing. Again, thanks a lot.

Also, here’s a review by Realisart!

We will play a special acoustic set for you at the next METAL UP YOUR LIFE!

A bunch of really good bands are waiting for you: